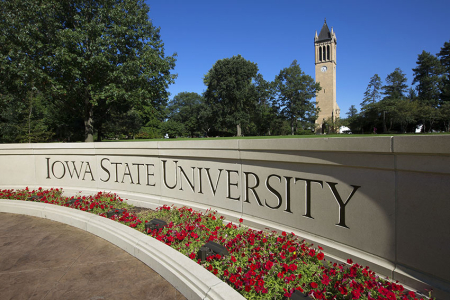 Speech First President Nicole Neily views the organization’s lawsuit against Iowa State University over allegations of First Amendment violations as a stand for the Constitution everywhere.

“We believe that their actions unconstitutionally kill free speech,” Neily told the Ames Today of the university's policies that ban sidewalk chalk messages, communication about campaigns, ballot issues through school-issued email and a ban on the Campus Climate Reporting System. “We look forward to working with the courts to craft appropriate relief.”

As part of its overall plan, Neily said Speech First has already filed a motion seeking to temporarily pause enforcement of the programs that are being challenged in the lawsuit, which was filed Jan. 2 in the U.S. District Court for the Southern District of Iowa, Central Division.

As it is, Neily said students are steering clear from openly speaking about politics in almost every form out of fear of repercussions.

“ISU is a public institution and they are violating student amendment rights,” she said.

Students found in violation of email policies could face penalties ranging from being issued a warning to having account privileges suspended. Chalking violations could end in expulsion.

“Political speech is a core element of the First Amendment,” Neily added. “There may be political speech the administration doesn’t like but they can’t just suppress speech. When there is political speech on campus, it is an opportunity for further dialogue not to censor or shut it down.”

ISU president Wendy Wintersteen told the Des Moines Register the university “does not punish individuals for their constitutionally protected rights to expression, nor do we have policies or practices that prohibit expression based on the content of the expression or the viewpoint of the speaker."

Earlier in 2019, Iowa Gov. Kim Reynolds signed off on a new free speech law that requires the state's higher academic institutions to craft their policies so that “the institution must strive to ensure the fullest degree of intellectual freedom and free expression.”